Today’s innovations in the field of computer-generated environment make it possible to experience an exciting journey to the world of other reality with as little as one device. After all, the aphorism “Less is more” goes far beyond the sphere of architecture, where it was initially used. Let’s explore the emerging technologies of virtual, augmented, and mixed realities, and see what can be the use of them in technical communication.

Neuroscience has always fascinated me. Recently, I read a book The Man Who Mistook His Wife for a Hat by a renowned neurologist Oliver Sacks where he described a patient with visual agnosia. The term means an inability to recognize and distinguish objects. Even though, the diagnosis sounds fearful, the patient was living a joyful life. Occasionally, he would stroke a fire hydrant thinking it was a child’s head, or talk to doorknobs thinking they were his friends. “He lived in another reality”, you might think. Well, not exactly. He could see some elements of the surrounding world mingled with things that people around him did not see. This story prompted me to look deeper at the concept of reality, as well as extrapolate this concept to the field of information technologies. I invite you to look at the realities that emerge with technological development.

Assuming that virtual reality is somewhat familiar to everyone, considering that it has been around since the middle of the previous century, such terms as augmented reality and mixed reality might raise some questions. Let’s check out each of them and see how they can be used with regard to technical communication.

When I hear the term virtual reality (VR), I immediately picture a person in a VR headset, the head slowly turning in different directions and arms sliding in the air. That might sound funny, but it is an accurate description of me trying a VR headset for the first time. By the way, I was riding a rollercoaster. The Virtual Reality Society defines VR as “a three-dimensional, computer generated environment which can be explored and interacted with by a person”. That person is fully immersed in this environment, that is to say, nothing from the actual reality outside the headset is observed by the person who is experiencing VR.

How can VR be used in technical communication? One idea is that the full immersion could serve as an overview training or tutorial on a complicated hardware solution. With as little as 3D animation, headset, and gloves with position stickers, a person can learn to operate a complex piece of equipment. Another idea is that VR can be used for presenting the vision of the hardware product to the Customer.

Augmented reality (AR) in technical communication remains a focus point in today’s tech discussion. A distinctive feature of this type of reality is that it provides a real word representation of the environment, which is supplemented by means of AR. Kevin Bonsor says that AR “blurs the line between what’s real and what’s computer-generated by enhancing what we see, hear, feel and smell”. An example of AR is an app by IKEA where you can virtually place furniture at your place and see what fits best. 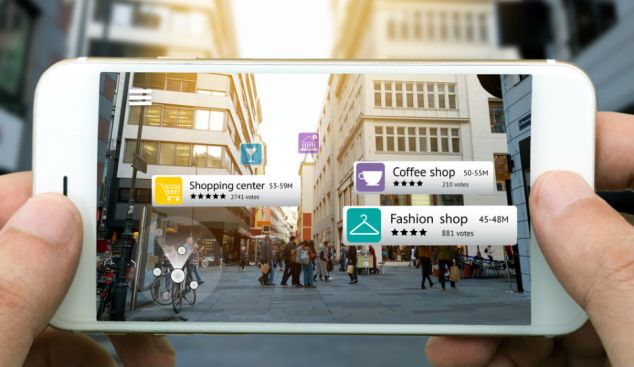 What can be the use of AR in the field of information development? Instead of reading printed or online manuals, the users could just use an app on their phone or tablet and get direct information about the needed component of hardware.

Mixed reality (MR) merges the real and the virtual world into a new environment where the digital objects appear respective to the real ones and can interact with them. Microsoft says that “in MR, the movement through the physical world can translate to movement in the digital world”. Therefore, the users can interact with the MR with gestures and voice commands to tailor it to their needs.

MR can bring immense benefit to the field of technical communication. I am sure that digital tiles with various data displayed in the air that can be changed with a movement of a hand, as it is often shown in secret agent or superhero movies, will become a reality as well. For now, Microsoft HoloLens technology allows to engage and interact with the digital content around you.

What do you think is the most useful and effective type of reality for presenting technical documentation to the user?

One thought on “What realities are out there?”